After a quiet weekend of just Lenny and I (while Alex was away for a wedding), we had a slightly more hectic week as we once again had company visiting – this time, Alex’s father!

I still had to work, but Alex took the opportunity to take his dad out and show him The Monk. This was the first time that we were able to show it off to anyone outside of the boatyard crew, and I have to say – he was blown away. As most people did, he had expressed some reservation when he first heard about The Monk and saw the first picture: 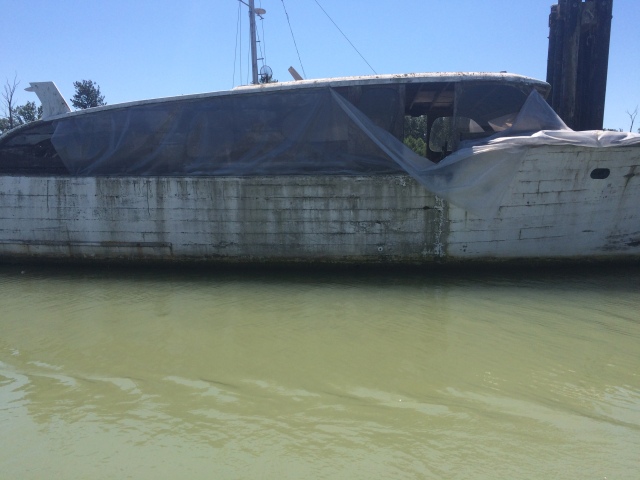 After seeing it in person (and all cleaned up on), he was completely on board with it, and even let us know that we were setting ourselves up for a lot of visitors!

After accomplishing that, the next step was to show him just how amazing sailing could be, so we settled on a plan of setting off Friday afternoon after I got home from work, which perfectly aligned with the tides.

Friday ended up being a perfect day. The weather was shaping up perfectly, which made for a gorgeous walk along the seawall on my way to work: 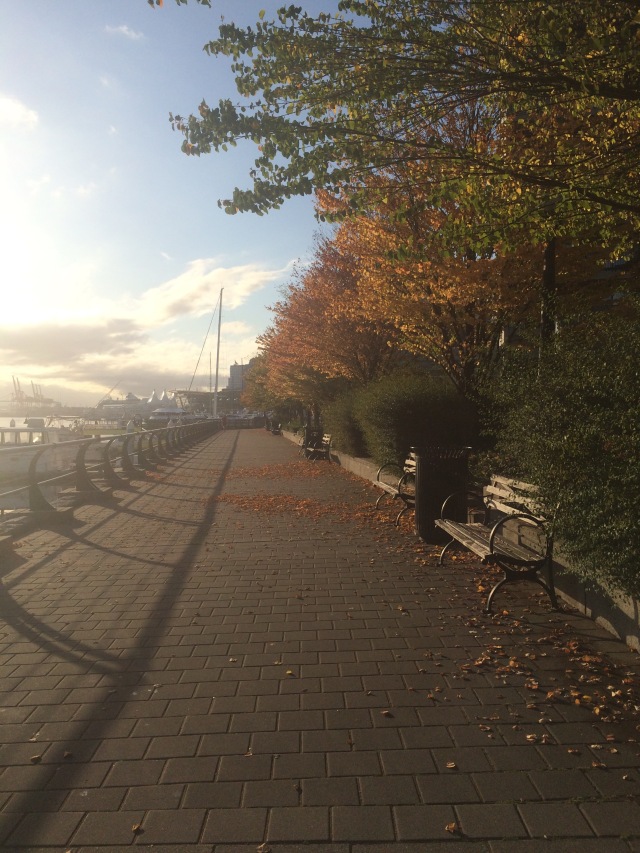 After a busy morning, followed by an indulgent team lunch, I headed home and we started getting ready to set out. We decided that since the tide was coming in, the Indian Arm was our best bet (in case you haven’t realized this yet, it really is one of our favourite destinations!). We also knew that this would be a nice relaxing sail, which was exactly what we wanted Alex’s dad to experience.

We had decided that we would anchor the first night off Belcarra Park, so it didn’t take us too long to arrive. 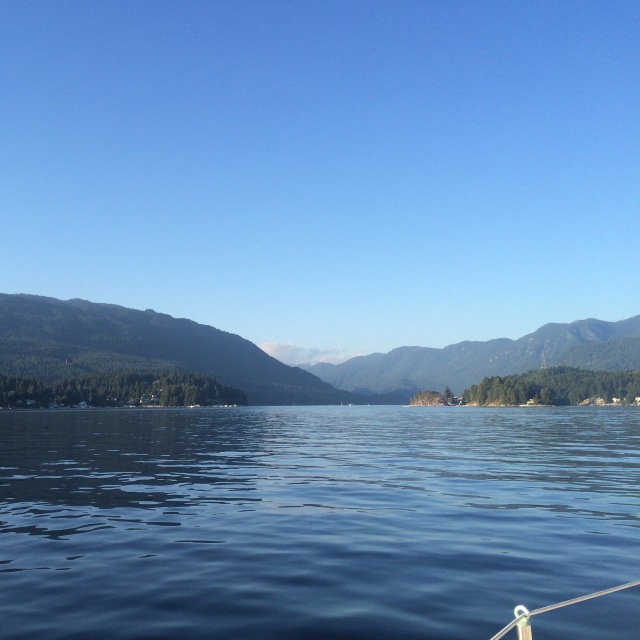 The view from the boat

We had planned to have a surf ‘n’ turf dinner, but having received instructions not to spoil him, we had to make Dave work for it. The task at hand? Cleaning the crabs after they’d been cooked: 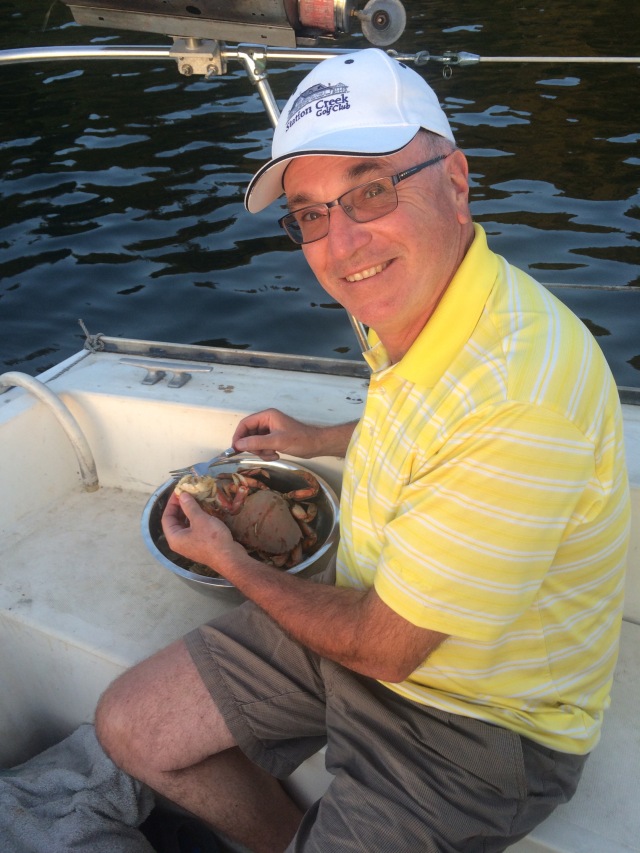 Not a fun task, but always worth it

Once dinner was ready, we were able to sit down, pour some wine, and enjoy the meal! 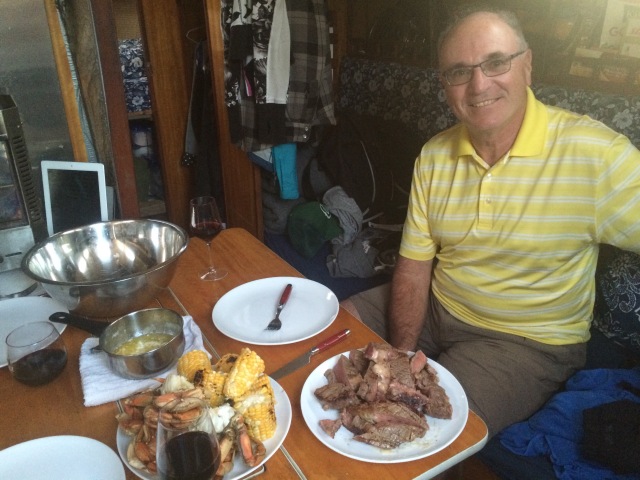 Surf ‘n’ turf on the boat

The next morning, I stayed on the boat while the guys headed in to take Lenny for his morning run (how else could I document it?): 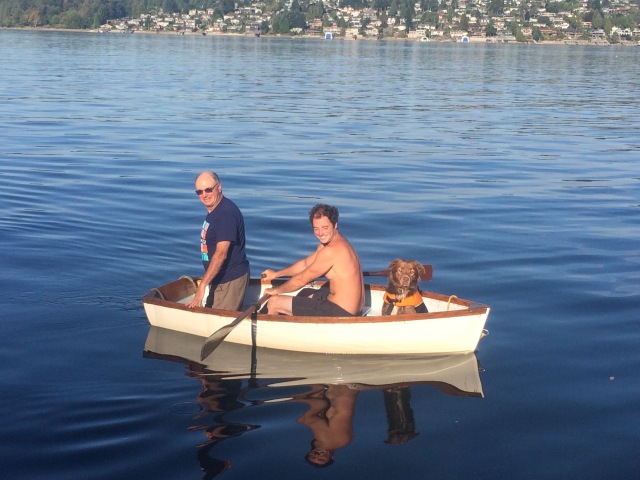 Not the most comfortable boat ride

Once we were all back on Griffin, we headed over to a nearby beach to swim and wait for the wind to pick up. Finally, the wind cooperated and we were ready to set sail!

After giving him a quick low down, we passed the tiller over to Dave, and let him sail: 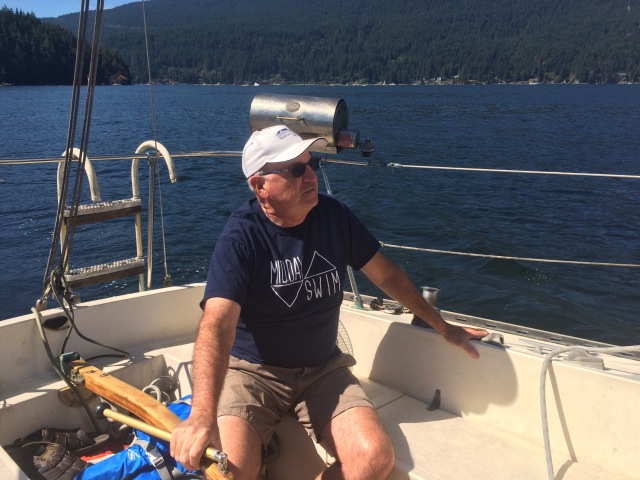 Once he was comfortable, we figured we should try to sail wing and wing again (remember, we’ve only done this once before). The wind was perfect for it, and soon we were flying! 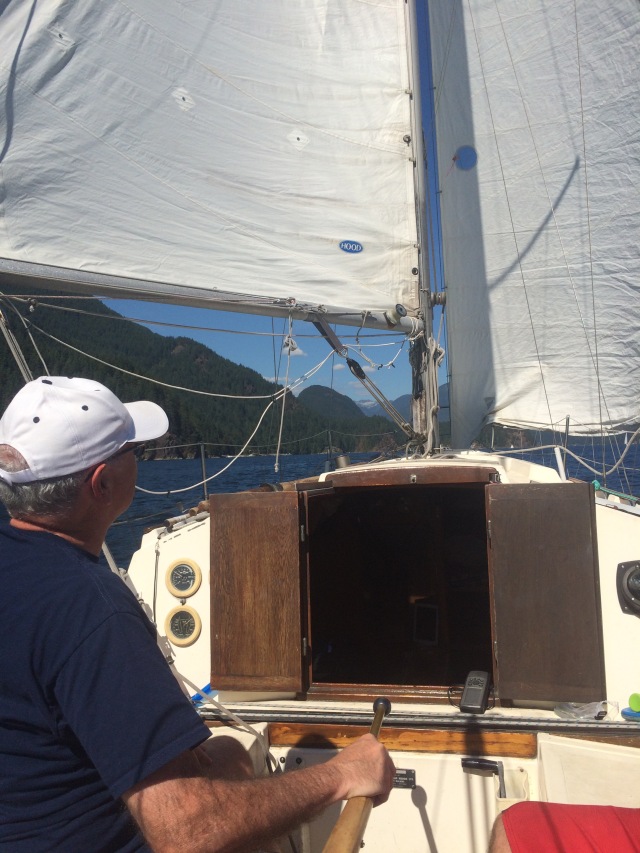 Our original plan had been to play Saturday night by ear, and decide in the afternoon if we should head back or stay out for another night. Needless to say, there was no way we were going back to the marina that night. Instead, we anchored by the beach, and Alex was able to barbeque some chicken (he is still excited that we finally got the barbeque): 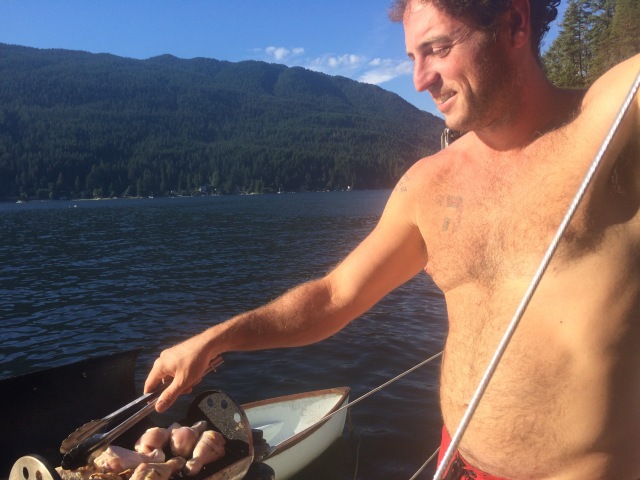 The tides on Sunday meant that we didn’t want to head through the narrows until after 2:30 PM, so we spent a few hours just sailing around and having fun. The wind was amazing, and we were able to get some significant speed going. This meant that the boat was heeled over quite a bit, which makes for quite the photo opportunity: 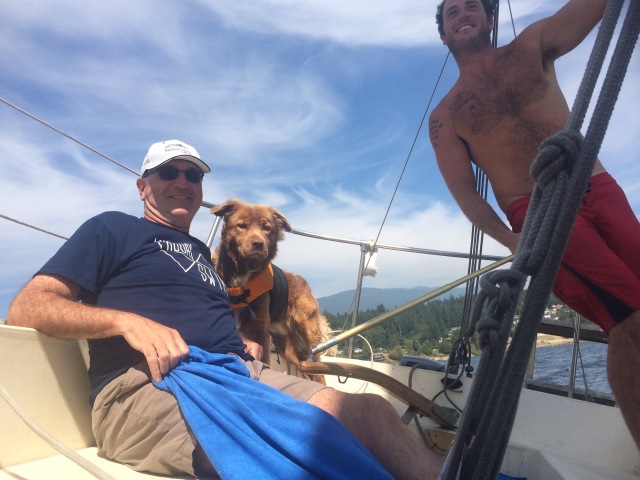 Note the angle of the boat to the horizon!

We even managed to do a bit more wing and wing sailing (Alex’s new favourite trick), although Lenny wasn’t entirely sure what he thought of it: 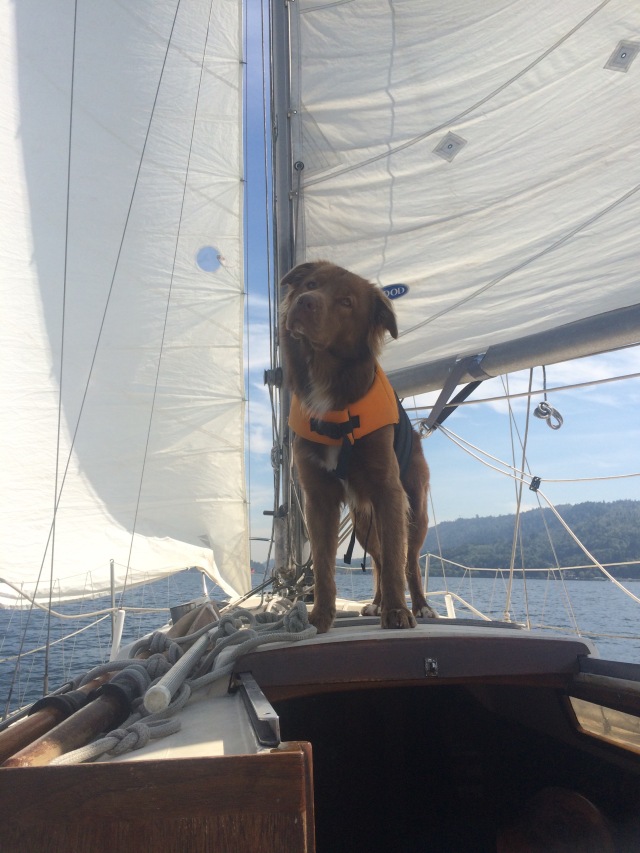 For some reason he always has a look of concern

After a few hours of sailing (and once the tide had turned), we were ready to head home. By this point, we were all fairly tired and had had a lot of sun. We decided to head up to the Community Centre to use the steam room, and then relaxed for a bit on the boat before dinner.

While we were sitting outside, we had the chance to meet two more of our neighbours. They had just arrived back after being away for over a year. They had sailed to Tahiti and back (and other places along the way, I’m sure). It was quite inspiring to meet people who had done the sort of thing that at this point we are only dreaming about, and I can’t wait to sit down and hear all about their journey, and find out how they turned their dreams into a reality… and get tips on how we might do the same.